Official travel of the Royal Couple in United States of America : the report

The Prince Marcello I and Princess Nina returned to the Principality after an official trip of ten days in the United States that allowed them to bear the name of Seborga abroad. Delegation of the Principality of Seborga

The trip follows the visit to Seborga (on June 10) of a delegation of American personnalities who, accompanied by Susan Smith Feaster representative of the Principality in the United States, had been received for lunch by the royal couple and had visited Seborga.

During their trip, the Prince of Seborga was also accompanied by abroad representatives of the Principality: Susan Smith Feaster (USA) and family, who did the honors, Fahad Abunayyan (GCC) and Surinder Pal Singh Oberoi (India), as well as Senator Les Brownlee, former Deputy Secretary of Defense in the first government of George W. Bush and Niklas Doebler, brother of Princess Nina and his advisor.

The first two days were devoted to visiting the symbolic places of American politics: Marcello and Nina visited the Senate and met, among others, Senators Paul Strauss and John Barrasso, then left for lunch with Ben Nelson, former governor of Nebraska and senator for the same State.

The Princely couple then visited the White House and the Pentagon, headquarters of the Ministry of Defense and the nerve center of the country’s security. Then the delegation went to the International School in Washington, where they met children of primary school, excited by the fact of having been able to meet a prince. The Royal Couple at the White House

After three days of private holidays, official appointments continued with a visit to the home of George Washington, where the Prince laid a wreath on his grave and Princess Nina recited a prayer in front of all visitors, honor only reserved for special guests.

Wednesday, August 12 Marcello and Nina attended the military parade “Twilight Tattoo” at Joint Base Myer-Henderson Hall in Arlington (Virginia), officially accredited and received as “Princes of Seborga”, as can also be seen in the press release issued by the Public Relations office of the military base.

Seborga has shown great interest for the press during the event, especially for the “Washington Life Magazine”, which will write an article on the Principality.

Finally, the main event: the opening, Thursday, August 13 of the Representation of the Principality of Seborga in Arlington, Virginia. Of about eighty guests, many personalities present, mainly politicians and US businessmen: among them, Senator John Warner, former husband of the beautiful actress Elizabeth Taylor; Ziad Asali, president of the American Task Force on Palestine (non-profit organization that promotes the resolution of the Israeli-Palestinian conflict by creating a Palestinian state alongside Israel), which has expressed a desire to cooperate with the Principality; John Parke Wright IV, who already knew Seborga (had been received in 2013 by the representative of Seborga in Saudi Arabia Fahad Abunayyan) and who is currently engaged in the organization of the Pope Francis’ visit to Cuba. Prince Marcello I and Princess Nina with Susan Smith Feaster

Seborga authorities have been much satisfied, especially Prince Marcello I, who has, successfully, made the promotion of the Principality abroad the cornerstone of its mandate.

Travel photo album can be seen below: 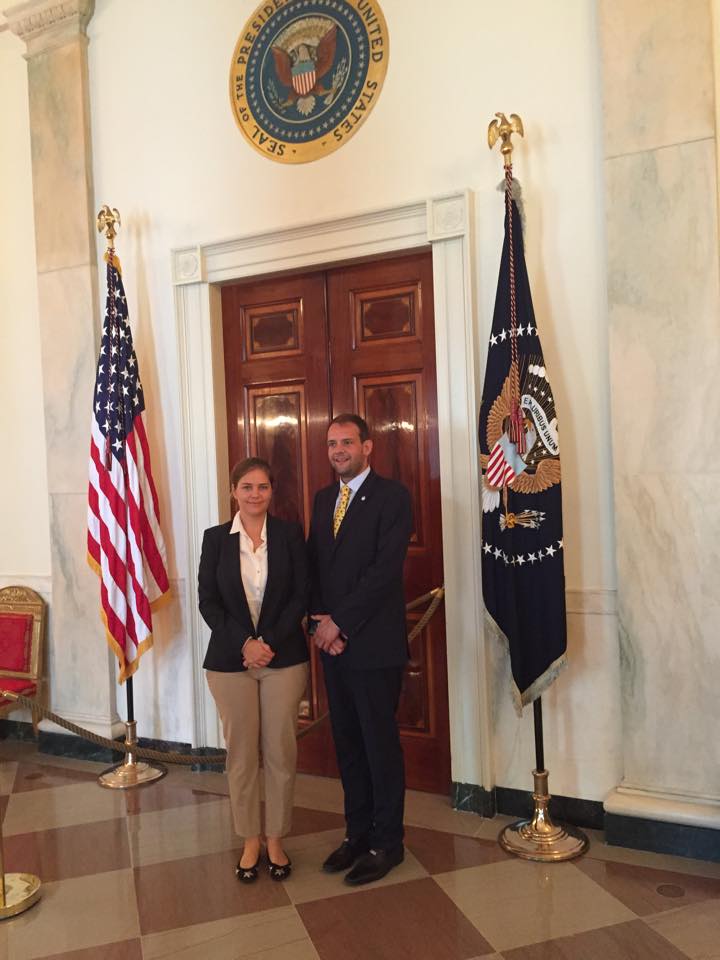