High activity period for the FCPS, the Football Federation of the Principality of Seborga. Founder and vice-president, Consul Marcel Mentil was indeed appointed Director of Diplomatic Relations of the NF-Board, the world sports organization which groups the football federations of some small and bigger nations among which the Principality of Seborga. With this dual role, Consul Mentil visited first various localities in Bulgaria, Romania and Moldova. Then, later he met in Lyon (France) the Minister of Sports of the Saharawi Arab Republic, disputed region with Morocco, whose its football team is also listed on the NF-Board as well as for the island of Gozo in Malta where the consul recently met the local president of the football association Mr. Joe Bajada. All these missions were carried out in the name of Seborga, the NF-Board and its Supporting Olympic Committee (CNOS) to whom FCPS is registered. 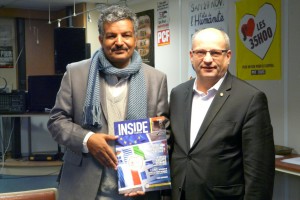 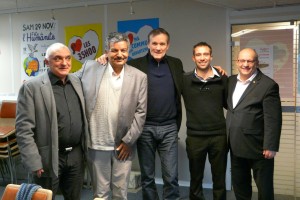 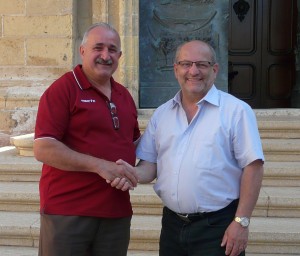 About the national football team of Seborga, after a defeat against Sealand and after the first historic victory against Bergamo Longuelo, it is planned for August that the team will participate in a five-a-side football tournament which will be played during the week of Seborga Patron Saint Bernard. Also in this period the leaders of the federation Claudio Gazzano, Matteo Bianchini and Linda Chittolini are currently organizing the first edition of the National Championship ‘Serie A’ of the Principality which should include, at least for the first edition, a small tournament between local club teams.

Regarding the French National Olympic Committee, Claude Mura the general secretary, the Consul Marcel Mentil and Thibaut Mentil of Seborga.TV went to Moosh in Alsace (France) to meet the president of the Sports association ‘ Espérance de Moosh ‘ and also vice-president of the League of Alsace of Wrestling Mr. Philippe Schinzing to begin a partnership and to organize one evening of presentation of the Principality generally and its sports activities in particular. 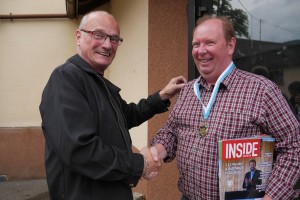 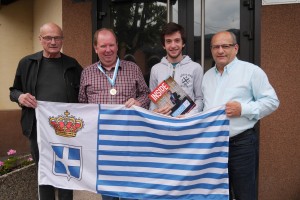 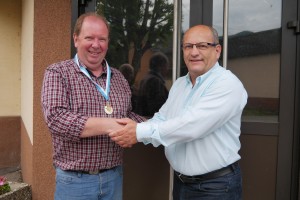