Trophy Giorgio I of five-a-side football and the first edition of National Championship Serie A of the Principality are imminent!

On Saturday, August 22, 2015 at 19h30 will be played at the football field of Seborga, the 2015 edition of the Trophy “Prince Giorgio I of Seborga”.
It will take place between the National Team of the Principality of Seborga and the National Tera Brigasca – Labaj – Riviera dei Fiori, for his first. Both teams are affiliated to the NF-Board.

The next day, Sunday, August 23, 2015 at 20h at the Communal Stadium in Ospedaletti, will be organized as a triangular tournament, the first edition of National Championship Serie A of the Principality of Seborga between clubs of Ospedaletti, Cipressa and Borgio Verezzi. 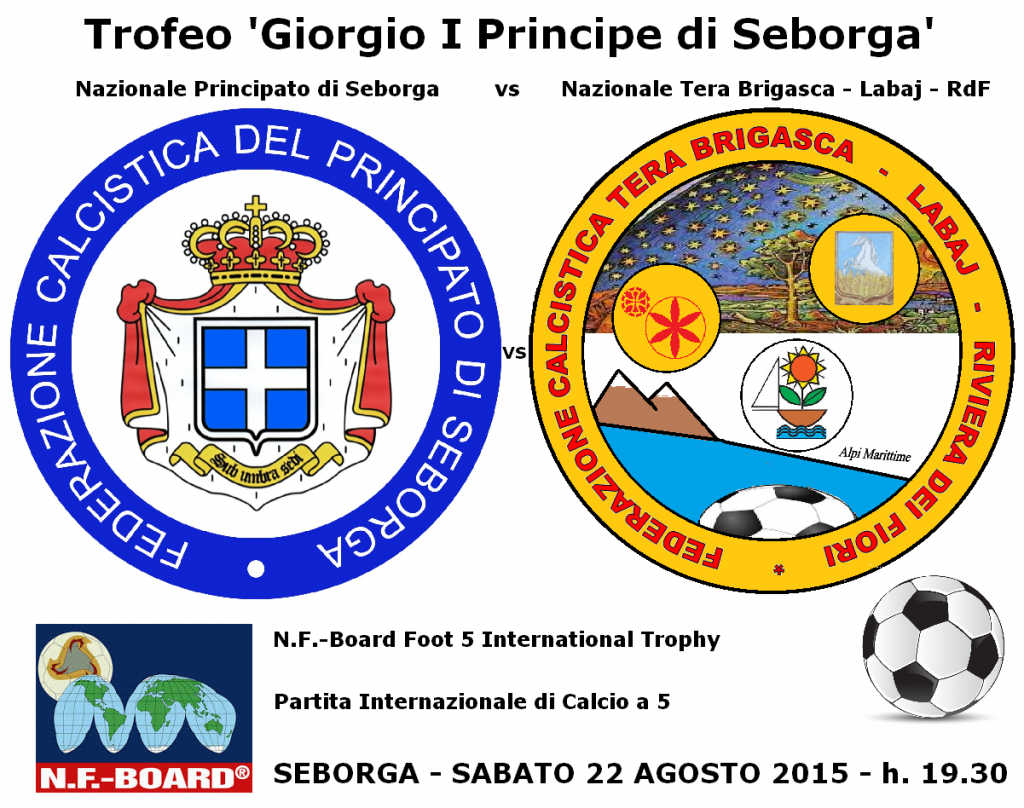 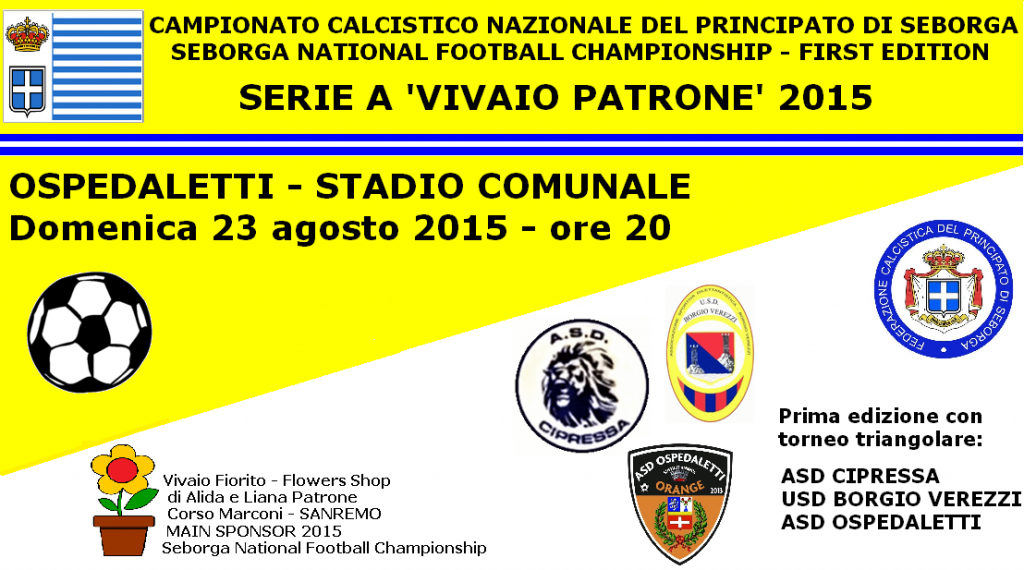